A tale of two captains and a grocery store 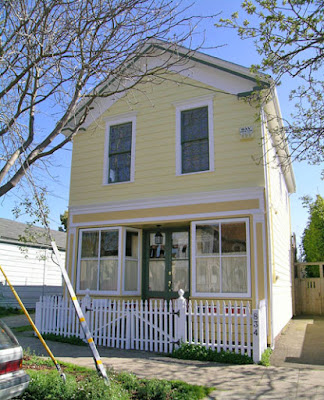 For many decades, the building at 834 Delaware Street was believed to have been Captain William J. Bowen’s inn, saloon, and grocery store, constructed in late 1853 or early 1854. The late Jerry Sulliger was the first to discover that this building dates from 1874 or ’75 and was initially constructed for Captain James S. Higgins. Contrary to popular belief, Bowen did not sell his grocery store to Higgins. Rather, the two captains operated competing stores across the street from each other for a couple of years, before Bowen got out of the grocery business. A new article by Daniella Thompson provides fresh information to augment Jerry Sulliger’s essay on the subject and sheds new light on the lives of the two pioneer captains.

posted by Daniella Thompson at 14:05