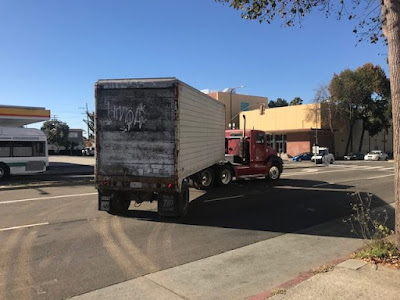 The saga of the Elizabeth M. Kenney Cottage has accompanied us for 18 years. In late 2000, while a demolition permit for the former Kelly-Moore Paint Company building at 1725 University Avenue was before the Landmarks Preservation Commission, a storage building in the rear was identified as a rare example of an early, locally developed prefabricated building system.

The cottage was originally located at 2214 Addison Street. Built in 1887 for Elizabeth M. Kenney, who operated a stationery store in the Southern Pacific Railroad Depot at Center Street and Shattuck Avenue, it was also home to Mrs. Kenney’s nephew, James Kenney, who would become Berkeley’s first fire chief. The Kenneys lived in the cottage until 1898, when it was sold to Ludwig Meinheit.

In 1906, Meinheit moved the cottage to 1725 University Avenue, then a quieter location. The Meinheit family, whose son William became a firefighter under James Kenney, owned the cottage until the early 1960s. The Kelly-Moore building went up in the 1970s.

The Kenney-Meinheit cottage was designated a City of Berkeley Landmark, Structure of Merit, on 5 February 2001. It was moved from 1725 to 1275 University Avenue on 24 August 2003. The new site, owned by the City of Berkeley, was meant to be a temporary one. BAHA took title to the cottage and for the next 15 years made many efforts to find a satisfactory permanent site for the 3-room cottage. All efforts having failed, and pressured by the City to move the cottage, BAHA transferred the title to Dmitri Belser and Tom White, who have a history of successfully moving and restoring historic structures. Until they find a suitable site, the new owners have dismantled the cottage and put it in storage.

posted by Daniella Thompson at 17:07