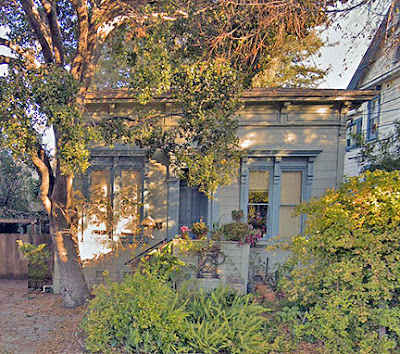 Designed by a prolific San Francisco architect, this small Italianate cottage was constructed a decade after the 1875 subdivision of the Leonard Tract, which had been open farmland until and shortly after that time. As such, the Wilson House represents one of the few original surviving structures in the tract.

Contrary to prevailing legends that have painted him as a banker who built himself a summer home in Berkeley, George Wilson (1847–1926) was an Irish immigrant who came to America in 1871 and settled in San Francisco, where he worked as a clerk, porter, and night watchman. The Berkeley residence was meant to be the Wilson family’s primary home, but the isolated locale and the howling coyotes soon drove them back to San Francisco. By 1900, Wilson was a widower with four daughters aged eight to 16. The Southside was developing, and a small commercial center was materializing at the intersection of Telegraph Avenue and Dwight Way. Beginning in 1902, the Wilsons were again listed in the Berkeley directory. The Blake Street house remained in the family until the early 1970s.

In 1974, the house was acquired by Herbert J. Bofinger (1920–1999), an architectural designer and landscaper who lived here until his death. In 1979, Bofinger designed and built in the rear garden a shingled, two-story cottage in the Third Bay Tradition style. This rear structure and Bofinger’s landscaping are included in the landmark designation.

The landmark application and associated reports are accessible online. 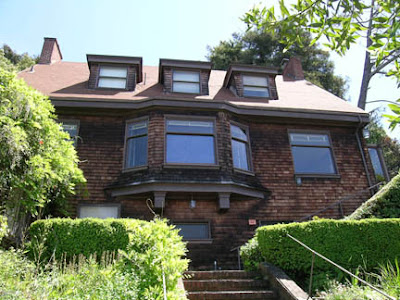 Frederic Cheever Torrey (1864–1935) was a famous art dealer and a partner in the tony San Francisco firm of Vickery, Atkins & Torrey, purveyors of paintings in oil and water color, fine prints, objects of art, and picture frames. In 1913, Torrey caused a major uproar when he purchased the most ballyhooed painting of that year’s Armory Show in New York: Marcel Duchamp’s Nude Descending a Staircase. One of the Nude’s most frequent observers was a straggly-looking boy of 16 who lived close by at 2350 Prospect Street and often entered the house without knocking, selecting a book from the shelves and settling down to read. His name was Thornton Wilder.

The Torrey house, cottage, and stairway form part of the Panoramic Hill Historic District, listed in the National Register of Historic Places.

The landmark application and associated reports are accessible online.

posted by Daniella Thompson at 12:37