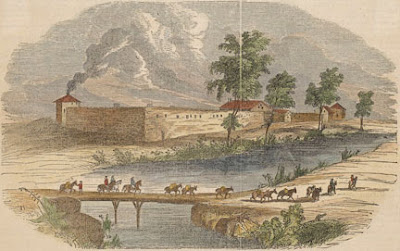 Topic: “Ruin and Reconstruction” in the Making of Historic Sites

Richard Longstreth, well known to Bay Area architecture fans through his authoritative book On the Edge of the World: Four Architects in San Francisco at the Turn of the Century, has enjoyed a long and storied career as an expert in American architecture and historic preservation.

In his Cerny lecture, Professor Longstreth will focus on the processes and pitfalls of the interpretation and reconstruction of historic sites that have fallen into disrepair or ruin. In California, this work began with Sutter’s Fort in Sacramento, and it extends through the United States to places such as Fort Ticonderoga in New York State, which Professor Longstreth has studied extensively. He will also offer perspectives on the preservation struggles and choices many communities face as development confronts historic resources and local character.

Professor Longstreth’s ties to Berkeley go back to his architectural history studies at the Universty of California, where he received his PhD in 1977. He still remembers his residence in a historic shingled building on Dwight Way. We welcome him back for what promises to be a thought-provoking and stimulating talk.

posted by Daniella Thompson at 14:20