A mystery building reveals its history 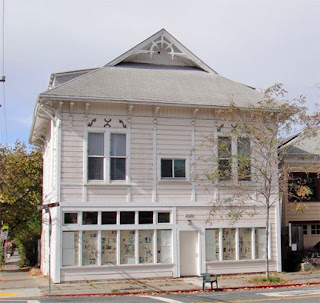 The Niehaus-Rosano Building is a reminder of Ocean View’s melting-pot past.

The singular Stick-style Victorian building standing on the corner of Ninth and Addison streets is instantly recognizable to many Berkeleyans by the Drink NEHI sign painted on its northern wall. This sign evokes the days when a succession of grocery stores on the ground floor supplied this West Berkeley neighborhood with its comestibles.

Yet the building, unusually ornate on the upper floor and decidedly plain below, poses many questions that had remained unanswered for decades. Long believed to have been constructed in 1890, the building was revealed through recent extensive research to have had a far more convoluted (and more absorbing) history.

A newly published article by Daniella Thompson tells the story. 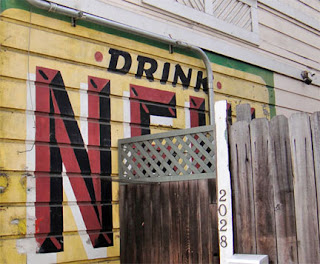 posted by Daniella Thompson at 17:39